About 32 students and their families filled the gym Dec. 22 at Larkmoor Elementary School, 1201 Nebraska Ave. in Lorain to build bicycles they believed would be donated to needy children but they were later told they could take home. 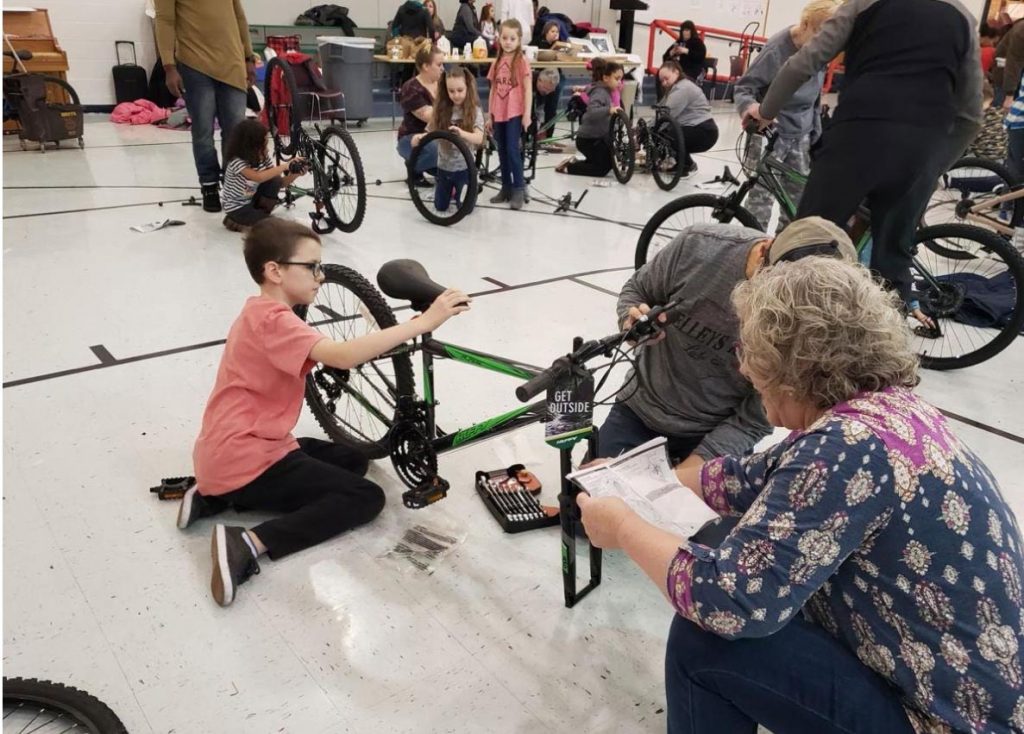 Leland Keiffer, 11, of Lorain, was one of about 32 students and their families who filled the gym Dec. 22 at Larkmoor Elementary School, 1201 Nebraska Ave. in Lorain to build bicycles they believed would be donated to needy children but they were later told they could take home.

Students at Larkmoor Elementary believed they were coming to school Dec. 22 to build bikes for the needy.

But once their work was done, the preschool through fifth graders were overjoyed to learn they would get to take the fruit of their labors home.

The event, which filled the school’s gym at 1201 Nebraska Ave., was presented by the Flying Wheels Bicycle Club and Summit Cycle of Akron.

Daniel D’Agnese, of the club, said this is the second year his organization has held such an event.

“Every year we find groups that we think are deserving of our efforts to put a program together with bikes,” he said. “We call the schools to organize and select the kids, we don’t have anything to do with that.”

D’Agnese said there are only two criteria the organization requires for children to receive the bicycles.

Celina Bigio, the school’s Dean of Scholars and Family Engagement, said the teachers helped the administration to choose the 32 students who would build and then receive the bicycles.

“I emailed each of the classroom teachers and they chose the most deserving kid in their classroom,” she said.

According to D’Agnese, while the children are usually happy to help those less fortunate about halfway through the assembly, they start to get a bit antsy.

“By the middle of the thing they’re getting pretty angry at us,” he said.

He said that when the children find out they can take the bikes any anger tends to clear up.

“We get some emotion out of them,” he said with a laugh.

One of the children was Leland Keiffer, 11, of Lorain, who was enjoying putting together the bike when he thought it was going to a needy child.

“It’s good so they can go get food and can have fun,” he said.
He said he was both sad and happy when he found out he could keep the bike.

“I can’t give my bike away to the people who really need it,” he said. “At the same time, I’m happy because I’ve got another bike.”